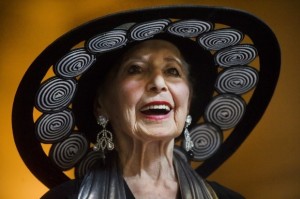 I can’t think of a better woman to be Person of the Day as we begin a new year than Sally Gordon, who is 101 years of age. She’s known the oldest living worker in the country, having toiled for some 84 years. 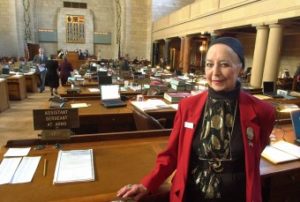 Recently the Today Show paid tribute to Sally. As they mentioned, she continues to get up early in the morning, dress up, put on make-up, and walk to work from her home near the Capitol. She is the assistant sargeant-at-arms for the Nebraska Legislature, a job she’s held for some 27 years.

This former model has no plans to retire. She told reporter Amy Robach on “Today” that when she gets to the point where she can’t keep up, she will quit as she doesn’t want to be a failure. Until then she’s known to have more energy than most people in the Capitol. What a role model!!!