MONA ELTAHAWY ON THE EGYPTIAN UPRISING 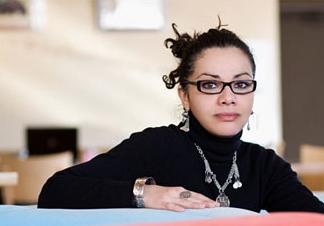 Mona on Twitter 2/11/11:A million thanks for millions of kind thanks from all over! So happy entire world is celebrating with us! Wonderful global moment! #Jan25

Mona Eltahawy has been blogging, tweeting, and writing about conditions in Egypt from America as events have been unfolding. You may have seen her on CNN, the BBC, MSNBC, and many media outlets giving her thoughts about the situation in her homeland. When CNN referred to the rioting in Egypt this week as chaos and unrest, she was the first to insist that they call it an uprising or a revolution. (see video below).

Mona emphatically states that her people want freedom and that this is an historic moment. The Tunisians’ quest for liberty unleashed Arab imagination and made them see that they could do it. She says that this is the best time in her life and to be mindful of the positive.

Take a look at what Mona had to say to CNN and follow her reports for a passionate Egyptian’s view on conditions in her country and her hopes for the future.

On MSNBC’s Dylan Ratigan Show Mona declared that it’s too late for President Mubarak. She called the revolt “Egypt’s Berlin Wall.” Her people want dignity and moral support, she says, and are asking not to be rescued. The huge gathering for the “March of Millions”, the biggest crowd in Egyptian history, is an indication of how much the people want new leadership.

UPDATE 2/2/11–Mona on Twitter: ” Felt bad at short notice but this is historic time. They terminated my visiting prof contract. I choose #Egypt revolution.”

After the week of protests in Egypt, Mona continued her television appearances on Real Time with Bill Maher Friday. At 43, she reiterates that she’s the happiest she’s ever been. She believes that freedom fever will spread, that their “Berlin Wall” which she equates to the Mubarak regime, will fall.

UPDATE–2/11/11–Mona is interviewed on the Dylan Ratigan Show after Mubarak resigns; she says that today is their “Berlin Wall.” They want to look over that wall now. The beautiful, peaceful revolution makes it clear that they want civilian rule. Now is the time for regular Egyptian people to be in charge. They’ve been under the military since 1952. She’s confident that her sisters and brothers will free themselves from military rule.

UPDATE–2/11/11–Mona appears on the Brian Lehrer Show on WNYC and reacts emotionally to the resignation of Mubarak and talks about how she feels on this historic day.

There are more amazing photos on Facebook of Women of Egypt and sawtalniswa.com like the one under Mona’s picture that are being collected and shared by Leil-Zahra Mortada. Read the Atlantic’s editorial on “Why the Kiss Picture is So Radical” and see the incredible photo of an Egyptian woman kissing a riot police officer.

To give you an idea of the level of revolt in Egypt and the tremendous zeal of its people, take a look at this video that’s been circulating in huge numbers on youtube. It’s by Tamer Shaaban and is called “Egypt January 25.”

The Los Angeles Times on 2/10/11 includes an amazing video of a crowd singing which is captioned “the National Anthem like you’ve never seen it sung before.” It’s included in a story about the new wave of citizen journalists who have been chronicling the unrest.