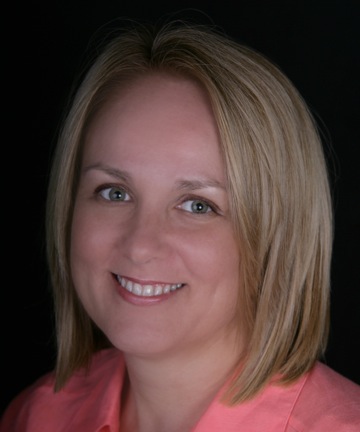 While meditating in 2002, Marsha Wallace had a vision: “What if every month you meet with your gal pals, you take the money that you would normally spend at a bar or restaurant, and then donate that money to help poverty-stricken women and girls half way around the world?”

“I do believe if you ask you will receive. We’re best when we’re living with purpose.” Marsha Wallace

Sounds like a simple concept right? Well, that inspired idea became DINING FOR WOMEN, Marsha’s organization that now boasts over 200 chapters in the U.S. and in three countries, and has raised over $946,000 for 48 charities in developing nations.

EYE Contributor Stacey Gualandi confesses cooking is not her thing, but dining out with friends is. And she was looking for a fun way to make a difference. So she connected in more ways than one when she spoke to Marsha.

Her passion, enthusiasm, and initiative was so compelling, Stacey will be starting the first DFW chapter in Hollywood, CA, in February…

EYE: It has been eight years since your first dinner party. Happy Anniversary!!! Reflect on the success of Dining for Women…

MARSHA: I am grateful. Yes, and surprised, because initially when I had the inspiration for DFW, the inspiration didn’t come like “Hey, I want to create a national organization.”

Being a nurse, a wife and parent with young kids, and with no background in philanthropy, it would have scared me to death.

I wouldn’t have started it had I had some grand huge vision. I feel gratitude that the idea resonated so well with people because it never felt that I was trying to pound a square peg into a round hole. It really did take on a life of its own.

“It certainly has been one amazing thing after the other that has really propelled us along.”

EYE: In each of the past three months, you’ve received more than $30,000 in donations. You must take time to pat yourself on the back…

MARSHA: I don’t feel like I personally did it. The universe has conspired to help me. The things that have happened have been synchronicity, miracle after miracle, and coincidence.

It certainly has been one amazing thing after the other that has really propelled us along. I’ve just done the best that I could to keep us on the right track. I am proud of what we’ve accomplished. It’s just that I know that it wasn’t all me!

EYE: We both practice TM (transcendental meditation), and it was while meditating you had the idea for Dining for Women. Do you still meditate?

MARSHA: Yes! Since this idea came to me while meditating, I’ve been afraid to quit!! Ha!! That was one great inspiration. I don’t want to miss anything else!

EYE: You are a nurse by training, but why did you feel that there was still something else you were supposed to do?

MARSHA: I had been seeking for many years. I was restless and at a point in my life where I was really asking the universe to show me what I really needed to do. I wanted to find my passion. It was a constant mantra for me. I just felt compelled. I can’t explain it.

I do believe if you ask you will receive. We’re best when we’re living with purpose and when we do whatever brings us joy, that spark to be excited and enthusiastic. Giving back gives you a sense of purpose. It’s different for every person. I think we all have the ability.

“The vision and enthusiasm comes naturally.“

EYE: Has DFW been challenging?? How difficult has it been to follow through on your vision?

The right people have come along to help, but it has required time and focus and dedication. The last few years my family has felt like I have been absent because I’ve been so focused on DFW. They’ve felt that I was distracted all the time. I was always focusing on DFW, but I had to. It required that amount of focus.

I just was willing to do it. My husband and I went to therapy a couple of times to talk about it. We had many, many, many, many conversations about boundaries and priorities, so I don’t want to make it sound like its been a walk in the park and a piece of cake.

“This whole organization is 99% volunteer run.”

EYE: Do you have any regrets?

MARSHA: I don’t regret anything. I think because I’ve seen the impact and we have been growing, it’s been rewarding and totally worth it. This whole organization is 99% volunteer run. We hired an Executive Director so now some of the burden has been lifted. I can breathe a sigh of relief, but it was what was required at the time.

EYE: I think this whole idea is smart and oh so simple. But I am not a cook. If I didn’t have to have a kitchen, I wouldn’t! I do, however, enjoy getting together with friends. How hard is it to get started? Would just $200 in the first month be enough?

MARSHA: That is tremendous! Our average donation is right around that amount per chapter. They average around 10 people. The average monthly donation per person is around $30, give or take. I don’t even like to cook.

This idea of DFW wasn’t revolving around the food or the cooking so much as it was the communal aspect of getting together with other women. Some do brunches, wine and cheese, tea and cookies. One Arizona chapter calls themselves “Wining for Women”. The format is flexible. It just depends on the collection of people in the group and what they want it to look like.

EYE: With this tough economy, could I get people to join and donate?

MARSHA: There have been some chapters that have tried to get started; some people don’t respond. It depends on the group and whether you want to invite the public or just let people know in your community, maybe through an article that will draw like-minded people that you might not even know.

We are about to expand into an alternate level of membership through “virtual chapters”. One woman makes $4-500 a month via email. And we want to explore skype-ing. But we really want at the core to nurture individual groups of people who do come together and connect face-to-face.

“You don’t have to sell all your possessions. It’s totally doable.”

EYE: Can you be charitable and philanthropic and not be wealthy?

MARSHA: Absolutely!!! That’s the whole power of collective giving. If each average donation is only $30 per month and if you think the average family spends $3000 a year eating out, all we’re saying is take what you would spend on one meal and donate it.

You don’t have to sell all your possessions. It’s totally doable. So your $30 turns into $30,000 because you’ve added it into this pot from all these other people who share this common goal that is very powerful.

What will that look like when we’re 10 times bigger than we are now? What kind of impact can we have? One woman said to me recently, “What is great about this concept is that it is ‘the democratization of philanthropy.’”

EYE: The Huffington Post declared this the “decade of women-focused philanthropy”. Is this true?

MARSHA: Yes. There’s a focus on women and girls from the donor side. It’s becoming so much better now with the power that women and girls have to change global poverty. It’s sort of an idea whose time has come. Author Nicholas Kristof says it’s “the moral challenge of our time.”

The more I’ve learned about this, the more I’ve realized that we were on the right track all these years even though I didn’t know what I was doing. This is not a feminist whim.

Studies show it’s women and girls who have the power to change the economic state of their communities and countries, and that all leads to a more peaceful world.

EYE: Is there one story that touched you personally and represents what you are trying to do?

MARSHA: Our current program is Matrichaya, India. We have donated to them for five years, which is not typical. Our first trip to India was in 2007. One family-a mother, daughter and granddaughter-all benefited from the money DFW donated.

We helped start vocational training and literacy programs from scratch. The mother and daughter got that training and made enough money so that now the granddaughter is getting an education!!! So that’s how the change happens.

EYE: You have said that DFW has a long way to go. What is your goal for the next eight years? And beyond?

MARSHA: I envision a DFW Canada, DFW UK, and a DFW Australia. In a nutshell, I envision having a network of women all over the world who make these contributions still on a small scale. The idea is that we have this collective giving on an immense scale but still maintain the intimacy of small groups.

Short-term in the U.S., I want us to be a household name. I want there to be more towns where there is a DFW chapter. There is so much room to grow. I want this information about the power of women and girls to be better known. The education is as important to me as the money that we donate.

EYE: Why not donate here in the U.S. instead?

MARSHA: This is the most asked question I get. There is a greater need internationally. That tells me people are not aware of the desperate situation all over the world. Two hundred dollars can go a long way. That amount could start five businesses alone.

EYE: What is your fondest moment? You’ve talked about working with The BOMA Fund of Kenya (video above).

MARSHA: I’m proudest when I get to meet face to face and hear from our program directors directly. We went to Kenya in March. Last September, at a leadership summit in Atlanta, Kathleen Colson, the woman behind The BOMA Fund of Kenya, gave a report that examined the money we donated.

BOMA received enough funds to launch 60 businesses of five women each. Dining for Women members changed the lives of 300 women and over 1,500 children. It was a tangible impact. That’s what it’s all about.

I’m so happy when I hear from new chapter leaders and they say, “I was looking for something like DFW my whole life.”

My goal is simply for anyone to have the same joy and fulfillment as I have. When members feel as empowered in their souls as I do and the average person has fulfilled their dream for making a difference, what more could I ask?

EYE: Thanks so much, Marsha. I’m sold. My first party is February 23rd and I can’t wait to let you know how well we dined and donated!!!