Lee Woodruff On Family, Her Foundation And Flannel PJ’s 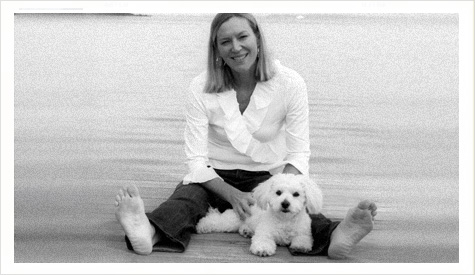 UPDATE 8/30/13: Lee’s piece on CBS This Morning: From Sargeant to Sous-Chef–Program Trains Veterans in the Kitchen

UPDATE 4/28/13: “Those We Love Most,” Lee’s first novel, is out in paperback! Click here for signing and speaking events.

Author Lee Woodruff knows what it means to overcome adversity. Five years ago, her husband ABC anchor Bob Woodruff, suffered a near-fatal brain injury from a roadside bomb while reporting from Iraq. It has been a long, yet successful road to recovery. And in the process, she has become a voice for brain-injured soldiers returning from war.

“Things happen in life and we need to reach out and seek help.” Lee Woodruff

Lee and her husband wrote In An Instant, an instant bestseller about healing from such a horrible event. They formed the Bob Woodruff Foundation to help raise awareness, money, and assistance to those troops in recovery.

In her follow-up book, Perfectly Imperfect, A Life In Progress, she humorously tackled the subject of everyday challenges. Lee also speaks tirelessly to people all over the country. This Good Morning America correspondent will be one of the hosts at the More Magazine Reinvention Convention in Los Angeles on Monday.

I have recently had to “reinvent” myself, so I was very interested in talking with Lee about how to move forward, how to find inner strength, and how to embrace flannel nightgowns. I’ll explain…

EYE: In honor of that hilarious video on your blog, I am wearing some Lanz flannel pajamas!! Not!!!

LEE: Ha!! Love ya gal for that! For those gals who weren’t lucky enough to go thru the Lanz period, it’s these big old flannel granny gowns…so when you think of that, everyone gets it.

EYE: You have a real knack for turning adversity into advantage…would you agree?

LEE: I guess so. A 75-year-old cancer survivor said to me you have two choices when something bad happens: you can get bitter or get better. So I think when you take something bad that’s happened and do something good with it and it impacts even one person, you’re doing something to help yourself heal.

“…I always try to put attention back to our wounded warriors and families who have returned home.”

EYE: Have your writing and speaking appearances helped you to adapt and ultimately help others in the process?

LEE: I have to say I feel comfortable saying yes. I tell my story, but I always try to put attention back to our wounded warriors and families who have returned home. They’ve not only paid the ultimate sacrifice by losing a family member but sometimes an equally painful sacrifice of a traumatic brain injury (TBI).

That’s where a husband or spouse is in a wheelchair and is nonverbal suffering from post traumatic stress disorder or PTSD. One of the hidden injuries is that someone may look ok on the outside but inside the basic wounds of war are really hard to heal without appropriate treatment.

EYE: You and Bob started the Bob Woodruff Foundation. Do you think you’ve made an impact on raising awareness about our soldiers and head injuries?

LEE: I’d like to think so. I think America needs to be wakened up more and remember these families are out there. Our Executive Director Rene Bardorf says “some of us went to war, some of us went shopping.” Less than 1% are serving in a volunteer army.

It’s really easy to forget there are people out there every day. Bob and I always say this isn’t a political issue. It’s really about how a country takes care of its own when they’ve been asked to go, and they’ve stood up.

EYE: Is this a situation where if people aren’t directly affected by it, they sort of deny it?

LEE: That’s such a good point. I recently heard someone say that if we keep up all this strife and the crises in Libya, etc., we’re out of troops! We’re sending them back six and seven times. If there were a senator’s son drafted, maybe we’d be more thoughtful of the areas of conflict we’re getting involved in.

“People are amazing in a crisis in so many different ways.”

EYE: How are you and Bob and your family doing five years later?

LEE: I think we’re doing well. I don’t ask a lot of questions of my kids. Someday I think I’ll ask at Thanksgiving dinner “Ok, kids, how was that whole experience for you? Ha! How badly are you going to need a therapist?” At the time I was telling myself you’re doing the best you can.

I had tremendous amounts of help and support from everywhere. People are amazing in a crisis in so many ways. The kids are good. And Bob is back on television.

EYE: So many people have watched him and can’t believe he went through such a traumatic brain injury and survived.

LEE: I love hearing people say to me I saw him on TV and that’s the guy hit by a bomb?

EYE: Explain exactly what the Bob Woodruff Foundation does…you talk about the experience of being a caregiver in this video.

LEE: We looked around at all our own experiences at Bethesda Naval Hospital and saw the care given to these individuals was really exceptional every step of the way. But once they are discharged and on to the next of phase of rehabilitation through the VA system, that just may not be convenient for all.

There are a lot of struggles. The government and the VA have picked their game up in the last five years. Nobody was prepared for this; in other wars, they didn’t survive TBI’s like Bob’s. That became the impetus for us to create a foundation that would look at everyone out there on the ground, those small grass roots organizations doing good work.

We would raise money, awareness and make grants to organizations to assist and act as a United Way if you will, for military causes…like a camp to help children heal because they wonder “why is daddy different?”

“I want to really urge people when big things happen, it’s not their fault.”

EYE: It really shows that when a soldier is injured. That injury affects everyone they know…

LEE: Yes. Bob’s brother said “It’s not just Bob who got hit by a bomb, it’s all of us”. The ripple affect touches everyone in the family.

EYE: You have this infectious energy and sense of fun. Have you had low moments? You never seem like you get down or depressed.

LEE: That’s so nice! I write about that in Perfectly Imperfect. I describe the recovery process where everyone leaves the driveway, and then you crash as a caretaker. I totally crashed. I wrote honestly about situational depression, having to be patient to help this man heal.

It’s worse than watching paint dry. I talk about anti-depressants and going to talk to someone. I want to really urge people when big things happen, it’s not their fault. Things happen in life and we need to reach out and seek help. It is possible and there should be no stigma.

EYE: Do you think you’re a role model in that respect? People see and hear you and think “if she can do so can I?”

LEE: If I do nothing else — and I’m probably the most imperfect person out there — if I can show people I’m a mom and I had this big thing happen …

LEE: That is probably the highest compliment you can pay someone. If that helps people understand that they can do it, then I’m in!

EYE: You are one of the hosts for the More Reinvention Convention. What will that be like?

LEE: It is for people at that point in life where they are deciding they want to reinvent oneself, maybe go back to work, change your work. There will be amazing speakers, and I’ll be the glue kind of holding it together. Rita Wilson, Malaak Compton-Rock, they’re the superstars who will share.

EYE: How do you like the title of role model?

LEE: I’m a messy person. I can say we are all built to survive. We are resilient. If you’re in your dark moments, I promise you will laugh again. And touch joy again in your heart. Things are possible! If I can be a role model in that way then I’m honored.

“I would hope that life is a constant set of reinventions.”

EYE: You make reinvention interesting. Bob’s injury changed your life. What does the concept of reinvention mean?

LEE: I hope we constantly reinvent ourselves as we get older, wiser and find new passions. I would hope that life is a constant set of reinventions. I’m an example of how bad things can thrust you into an ability to reinvent. I spent years writing and running a PR/marketing firm, and wrote when I could.

I always wanted to write a book when kids were gone because it does require focus. In An Instant was written as a journal to process what was going on. Perfectly Imperfect has stories that connect women. And now I just wrote my first fiction novel.

I always envisioned that as a little girl and by stepping out of my comfort zone, I ended up speaking in front of people. As a PR person, I was fine writing the story about someone else, and that’s what is so ironic now. That’s reinvention — tapping into where you are at that point in your life.

EYE: How hard is it to reinvent? Is it for everyone?

LEE: Not everyone talks about taking calculated risks. At the More Convention, you can get useful information to use if you’re serious about reinvention.

EYE: You’re really busy! Mother of four, writer, you speak 100 times a year and you have the Stand Up For Heroes Event to benefit the Bob Woodruff Foundation coming up. Are you wearing too many hats?

LEE: I woke up at age 50 and realized that I must like my life that way, and I work best when I have lists to accomplish and am operating on a high level of adrenaline.

EYE: You talk so highly of Bob. What would Bob say about you?

LEE: He is very complimentary of me. His television producers always ask me when he’s in a bar in a foreign country: “Where can we find someone like Bob because women are always trying to pick him up and all he talks about is how much he loves you?!”

So I’ll let it go when his underwear is on the floor two feet from the laundry basket! Haha!!

EYE: When we talk about our passions, what are you most passionate about: writing, speaking…?

LEE: My perfect dream world would be to wake up to no emails in my inbox, and just write for three hours straight without having to talk to people. Then go out after and have lots of interaction. That would be perfect.

EYE: Lee, you are my hero!! I look forward to talking with you again when your first novel comes out next spring if not sooner. Continued success to you and Bob!