Roz Savage On Her Record-Breaking Row Across Three Oceans 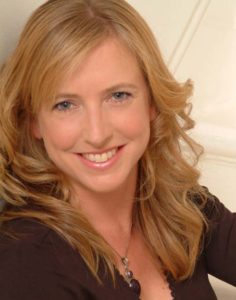 UPDATE 3/3/12: Roz has just announced she will be rowing the North Atlantic to land in time for the Olympics in London.

Adventurer and environmentalist Roz Savage is the first woman to row across the “Big Three” oceans: the Atlantic, Pacific, and Indian. Even more impressive, she did it solo, in a 23-foot rowboat, without a support vessel.

“I have battled twenty-foot waves, sleep deprivation, self-doubt and depression, but I have never been happier.” Roz Savage

I interviewed Roz back in 2007 when she was launching her Pacific passage, and learned how she’d transformed herself from an ordinary office worker into a world-class ocean-rowing athlete. She’s accomplished quite a lot since then, having rowed more than 15,000 miles and spent nearly a year and a half of her life at sea.

And she has the credentials to prove it. Roz now holds four world records for ocean rowing, and in 2010 was named Adventurer of the Year by the National Geographic Society. She was recently invited by the Queen’s royal command to a reception at Buckingham Palace.

I was thrilled to catch up with Roz recently at a coffee shop in San Francisco, just after she had set her new record by completing the last of her three ocean rows, the Indian Ocean crossing…

EYE: Roz, I love the story of how you came to the realization that you wanted to make a major change in your life.

EYE: But you weren’t.

ROZ: I would sit on the commuter train on my way to the office, wondering if this was what life was all about. I wasn’t happy. I wasn’t fulfilled. I wasn’t being true to my values.

One day I sat down and wrote two versions of my obituary. The first was the one that I wanted to have. I thought of the obituaries that I enjoyed reading and the people whom I admired. They were the adventurers and risk-takers, who lived life with a greediness for new experiences, and gumption, and a gung-ho attitude.

The second version was the obituary that I was heading for – a very conventional, ordinary life. The difference between the two was startling. Clearly something was going to have to change.

EYE: You completely transformed your own life. You have written extensively on your website about how you trained; what equipment you used; how you managed to eat and sleep in the middle of an ocean; and how you communicated with shore across thousands of miles.

That practical information is fascinating, but here’s what I really want to know: What did you learn? How did the experience change your life? And how did you find happiness?

ROZ: My time out there has been massively educational and character building. It tested me to my limits and beyond, and it taught me that I’m capable of so much more than I would have believed. I think it’s Henry Ford who said:

That’s not to say I haven’t been scared of things like poverty, homeless, and loneliness. Practically every day when I was on the ocean, at some point in the day I wanted to quit – when another thing broke, when I was in pain, or I was going the wrong way, or I just didn’t want to be on that little boat anymore. The way to get over it is to have an overriding sense of purpose, a passion.

EYE: What are you passionate about now that your trip is over?

ROZ: As time has gone on, I’ve evolved my environmental message and mission – almost to the extent where I don’t want to talk about the environment any more. I want to take it to a higher level.

EYE: A higher level than the environment?

ROZ: My perception is that a lot of the environmental messaging over the last decade has been focused on the problems of climate change and plastic pollution – as my two main areas of experience – and I think that’s gotten to be a turnoff for a large proportion of the population.

“I was doing a job I didn’t like to buy stuff I didn’t need.”

I was doing a job I didn’t like to buy stuff I didn’t need.

EYE: You have developed a very questioning mind…

ROZ: Since then it’s been difficult to lead a mindful life and trash the planet at the same time. Let’s start questioning things and looking at our lives more objectively.

I want to do as much as I can with this lifetime. I can’t do that if we’re trashing the planet and if we have catastrophic climate change and massive migrations of climate refugees.

EYE: Do you really think it’s as bad as all that?

From what I understand we’re approaching what Malcolm Gladwell called tipping points. At the moment we’re still cushioned from the real impact of the massive amount of CO2 we’re generating. But we are past point of no return in various ways, and that is a cause for real concern.

EYE: How can we find a solution?

ROZ: What has been lacking so far is a powerful vision. My vision of a positive, sustainable future is actually a pretty amazing place. We’re in a position where we can combine the best of the old and the best of the new.

Because we’ve been focused on the problems, people aren’t really motivated and incentivized to work on a greener, cleaner, better, brighter, happier future.

EYE: Who does have that positive vision? There must be glimmers of it…

ROZ: Yes, I’m sure there must be quite a lot of small of glimmers of it. I was recently at an eco-village, an intentional community in New Zealand that seems to function pretty well.

And I’m aware of an organization in London called the New Economics Foundation. They produce a really fantastic pamphlet that describes a different economic model. These are smart people who are looking at a whole different form of infrastructure.

EYE: How do we build on ideas like that?

ROZ: At what point are we going to say that this financial system is not serving us well any more. It’s time for a radical rethink.

Why do we have so many people working crazy hours in jobs, not having time to spend with their kids or take care of their bodies, and dying of stress related diseases? And wouldn’t it make more sense to allocate work a bit more evenly?

“The stories I told myself were very self-limiting.”

EYE: Why do you think people don’t change?

For much of my life I used to think I’d love to have an adventure, but I’m too short, now I’m getting too old, or I’m not really that kind of a person. The stories I told myself were very self-limiting.

EYE: Tell us more about your vision.

ROZ: I would love to see more people searching for happiness in the right places. Lots of people are looking for it in the shopping malls and in having more money. I used to believe that, too, but there’s always someone with a bigger house, someone with a faster or newer or shinier car.

I lived that kind of traditional materialistic life and then a very different kind of life. I know which one works for me.

EYE: What makes you happy now?

ROZ: I find having a strong sense of purpose and passion makes me happy. Having good relationships in my life makes me happy. Feeling free of the clutter makes me feel happy. And feeling like I’m going to leave a good legacy. I’m going to get to the end of this life thinking: You know what? That was great!

“My next book is to challenge people to think about what would make them really happy.”

EYE: You wrote a book and did a film called “Rowing the Atlantic.” What do you see in the future?

ROZ: What I want to do with my next film and book is to challenge people to think about what would make them really happy.

I’d like to see the slow food and the slow living movements continue. And it might be nice to even go back to the more extended family to take the pressure off the parents in the nuclear family.

EYE: What inspires you?

ROZ: Resilience… people who are going through challenges not of their choosing like illnesses, chemotherapy, the challenges of caring for aging parents, bereavement and job loss. It can be a cruel world. I’d rather row 50 oceans than endure the things some people go through.

I have been very privileged to be able to choose my challenges. Then I get to give talks and feel the energy from people and know I’m making a positive difference in people’s lives. I get a huge amount back.

EYE: Any suggestions for other people who are ready to step out of their comfort zones?

ROZ: Finding that purpose, that passion, is so important. The first thing is just to ask the question and be open to answers. When I had my alchemical moment seven years ago, the answer just popped into my head to start rowing across oceans. It was literally like a bolt from the blue!

“…I feel like I can cope with pretty much anything that life throws at me.”

EYE: You live such an adventurous life. Practically speaking, how do you manage without a house, a job, or a steady income?

ROZ: My finances are precarious; that’s just the way my life is right now. I’m homeless. I got rid of most of my stuff. I do depend on people who have houses and very kindly offer me their hospitality. I’m massively grateful for that.

I’m not advocating everybody should give up having a home and give up having a job. That would make for a crazy world. But because I’ve got the confidence that comes from having lived a very insecure life for a number of years, I feel like I can cope with pretty much anything that life throws at me. I have to be careful not to tempt fate, but I feel resilient, and that’s really empowering.

EYE: What’s next for you?

ROZ: I want to help harness positive energy and enthusiasm and direct it to doing something bigger than ourselves.

I’ve been good at inspiring people, but I should give them somewhere to go and a community to join. Inspiration’s great, but you’ve got to be inspired to do something. That would be a huge step in the right direction for me!

EYE: What do you want to inspire people to do right now?

ROZ: Maybe there will be a massive outbreak of common sense, and we’ll stop trashing the world! I’m working on pulling my ideas and energies together for the next stage of my life. I need to come up with a new dream. I’ll be blogging, and my website, Rozsavage.com, will reflect my next steps.

EYE: Thanks for inspiring us once again, Roz. We’ll be watching your website for a call to action!

Laurie McAndish King is an award-winning travel writer and photographer with a knack for finding adventure all around the world. Her work has aired on public radio and appeared in Smithsonian magazine, The Best Women’s Travel Writing 2009, and other magazines and literary anthologies.