RandomKid Founder Talia Leman Harnesses The Power Of ANYone 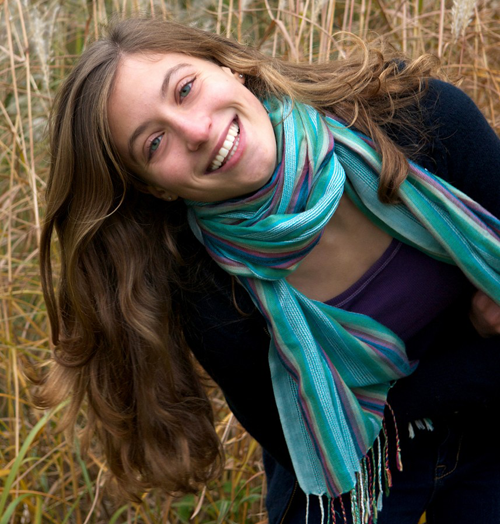 UPDATE October 5, 2012: Talia’s book, A Random Book About the Power of ANYone,  was published this week. Congrats, Talia!

Talia Leman.  You may not recognize that name now, but you will.  When it comes to helping people around the world, she is fast becoming a household name.  Talia was just 10-years-old when she set out to assist survivors of Hurricane Katrina.  She and kids all around the country helped raise millions.

“I wanted to create a place to provide all the tools and resources for kids to achieve whatever goal they set for the world.”  Talia Leman

Now, just seven short years later, she is the C.E.O. of her own non-profit, RandomKid.  This organization is about helping kids to help others, and as a result, it creates global problem solvers.

I got the chance to talk with this teenage innovator recently on The Women’s Eye Radio Show.   And while she would deny it, Talia Leman is anything but a random kid as you’ll see in this excerpt from that interview…

EYE:  Here’s a video of the RandomKid Water Project that shows the kind of issues your organization takes on.  You are the C.E.O., but to you, what does that stand for?

TALIA:  In 2005, after Hurricane Katrina hit the Gulf Coast, I wanted to do a little project to help out survivors of the hurricane.

“I had the goal of raising a million dollars and decided I was going to be the C.E.O. of this project.”

TALIA:  ….yes, and so I had this plan. .. I came up with the acronym TLC.  This became my project.  It stood for “Trick or Treat for the Levy Catastrophe,” but I also took a very flexible approach to my brand.

Sometimes it stood for “Trick or Treat for Little Coins or “Large Currency” or “Loads of Cash,” however optimistic I was feeling at the time.  I had the goal of raising a million dollars and decided I was going to be the C.E.O. of this project.

EYE:  How did you get the word out?

TALIA:  The Today Show happened to be visiting the makeshift website that I created for the project, and they invited us on to the program, and that’s how we became so successful.

EYE:  Were you always looking for a project to do, or did the Hurricane Katrina tragedy motivate you?

TALIA:  There’s a lot of things that motivate a person to go about doing something, but they’re very different for each person.  A lot of people say to me, “You must have felt so terrible for the survivors of Katrina,” and while compassion is a huge motivator, that wasn’t the thing that was motivating me.

I’ve always loved to solve problems, so I think since I was very young, I’ve just been very interested in the problem solving behind things.  I’m finding that more and more, even now.  What I love is science, physics and chemistry, the things that involve problem solving.

EYE:  That side of your brain is working.  In me? Not so much.   Did you have role models growing up?  I understand you have great admiration for your brother.

TALIA:  My biggest role models would be, number one, my brother.  He has a pervasive developmental disorder.   One of the beautiful things that comes along with that is he’s very genuine in who he is, and that’s something I look up to.  I think he’s brilliant.

And the other person who has been a big role model in my life would be my grandfather, whom I call Papa.  He’s a Holocaust survivor, and he’s been through so much throughout his entire life, yet he’s the most grateful person that I know.

Because of all the things he’s been through, I expected him to be a bitter person.  One of the things I noticed about my Papa is whenever he is out–at dinner, or shopping, etc.–his credit card was always the first one out, and he wanted to always pay for absolutely everything.

One day I decided to ask him why he insists on always paying for everything, and he said, “Because I can,” and because that is such a simple idea, it has become something that I like to live by.  I wear his quote on a necklace.  It’s such a good answer for everything.

EYE:  And that brings us back to Hurricane Katrina.  You saw the  situation there and said “I may only be 10, but I can help them.  I can do my part.”   You ended up raising a lot of money.  How did you do that?

TALIA:  Kids across the nation ended up reporting over 10 million dollars for hurricane relief and ranking with the top five U.S. corporate donors to Katrina.  Seeing that impact, it seemed wrong to stop then.

EYE:   You can’t see me but my mouth just hit the floor!  Unbelievable!

I wanted to create a place to provide all the tools and resources for kids to achieve whatever goal they set for the world.

EYE:   …and that idea became RandomKid.

EYE:  So cut to eight years later… how much youth power have you harnessed through RandomKid now?

TALIA: We are now 12 million kids strong in 20 different countries.   And we’ve done pretty much anything you can think of.  We’ve had some crazy projects!   Honestly, all of them have been successful…dealing with lack of education, water crises, going green…whatever someone is passionate about.

Our guideline is the power of ANYone.   We really help kids to help others and give them whatever they need to really make it happen.

“People actually ask me a lot if I’m going to run for President.”

EYE:  Now you speak all around the country, and often, and you are so good at it.

TALIA:  I love to speak.

TALIA:   It is my gift and my curse.  It does me wonders around the world…  but not in the classroom.   Ha!!

EYE:  You have been tremendously successful and received numerous awards.  New York Times’ columnist Nicholas Kristof even wrote about you and said he was going to vote for you for President in 2044!!!  What do you think of that, young lady??? 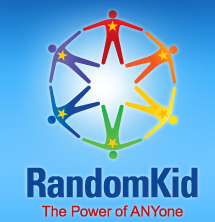 TALIA:  Yes, he did write that!  People actually ask me a lot whether I am going to run for President.  The truth is, I don’t know.  Anything is possible.

But I do think that there are many platforms in which to create positive change in the world, and being President is just one of the many ways to do it.

EYE:  You’ve helped to build schools in Cambodia, clean up water supplies around the world, but what project are you working on now?

TALIA:  One of the really cool things that I’ve noticed through working with my non-profit is that when you invest in a kid’s idea to better the world, they’ll turn that investment into a 200% to 1000% return for their cause. You can tell business leaders that you can give $1 to Haiti, or you can give a dollar to a kid, and that will yield $2 – 10 for Haiti.

And so off of that idea, I created a project called The Big Return, which is where businesses, non-profits and the community are really coming together and unifying around their city’s youth to help them accomplish the goals for the needs that they see in their community.

We just launched a pilot program in St. Louis, and predictably, it was extremely successful.  We saw a 900% return, so now we’re looking to do 50 states in five years.

EYE:  So how do you get your homework done?  Do you go out on dates?  Are you going to the prom?? And all that fun stuff…

TALIA:  I do the fun stuff when I can, but it’s very hard.  My friends will tell you that I’m never around.  But my teachers are extremely supportive of what I do.  I wouldn’t be able to do what I’m doing without that support so I’m very grateful for that.

EYE:  What do you get out of doing this work?

TALIA:   I don’t even know.  I know that I love what I do. I’ve been doing it for so long, seven years now, so it’s become what I do.  This is my life.  I love it, but I haven’t tried anything different either so I wouldn’t know what to compare it to. I love working with youth and seeing the impact they have.

EYE:  Now you have a book coming out?

TALIA:  Yes, in September.  It’s called It’s a Random Book About the Power of ANYone.

EYE:  So why are you and RandomKid so successful?

TALIA:  It’s successful because of the power of ANYone.  Kids don’t have boundaries, because they know it’s the small efforts that matter most.  Without those small efforts, there is no big outcome.