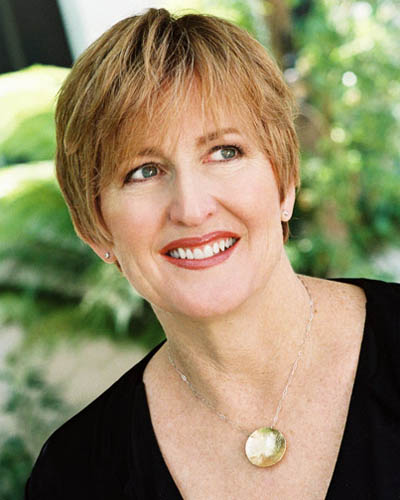 Lawyer-turned-mediator Victoria Pynchon fights for women’s rights in the workplace.  She’s a negotiation expert and author of The Grown-ups ABC’s of Conflict Resolution  and Success as a Mediator for Dummies.  If you think you’re worth more money than you’re making then she says you need to fight for it.

“Everybody has negotiation power because everybody has something of value to offer another human being.”  Victoria Pynchon

Who doesn’t want to know about how to increase a paycheck these days or to negotiate successfully?  I set out to find out how in a recent interview with Vickie.  Here’s an excerpt of our talk on The Women’s Eye Radio Show…

STACEY: Well, it’s just great to talk to you because, guess what, I’m a horrible negotiator.  Do you hear that all the time?

VICKIE:  We all think that.

STACEY: Why are people afraid of that sort of confrontation?

VICKIE: I think it’s because we don’t realize that we’re negotiating every day. We negotiate relationships among our children and with the women at the PTA.  We normalize relationships between family members and between people in the office and in the community.  An example of this: Bob was harsh with you, but did you know that he’s got this problem going on at home?

STACEY:  So that’s all negotiation?

VICKIE: Yes, we negotiate relations and we try and keep the community happy.  I think that we are the social glue of civilization, frankly.

“We’ve revolutionized the world for women. Now we have women in places of true power and influence.”

STACEY:  I know you’re a proponent of helping women.  We’ve come a long way, but we’re still striving in many areas.  So it’s our responsibility to keep the advancements that our foremothers made for us.  Why is that so important to you?

VICKIE: I actually think that we’re at a tipping point.  I think we’re about to reach critical mass.  For example, there’s a lot of upset among women lawyers over the fact that in all this time we’re only 17 percent of all equity partners in major international law firms.

Women are very dispirited by that.  But having been involved in the second wave of the women’s movement in the 1970s, I can think back on all that we accomplished as former hippies with no power.

We revolutionized the world for women.  Now we have women in places of true power and influence.  And I believe that the boomer generation is waking up again.

STACEY:  So you think we’re on a good path?

VICKIE: I think we’re at a great time, and I think that what we’re seeing with the backlash and the war against women is just the death rattle of — let me use an old activist term — the patriarchy.

“I think that we have changed the legal industry for the better.”

STACEY: So what do you think it’s going to take to get women to be able to maintain and not lose anything that they’ve gained up to this point?

VICKIE: It’s going to take the same kind of work that a lot of women have never stopped doing.  The Gloria Steinems of the world did not go away.  They became less prominent.  The media has a 25-second attention span.  But they’ve been working all this time while many of us were doing things like occupying Wall Street.

I feel like my generation of women lawyers did our part simply by occupying the legal industry.  I think that we have changed the legal industry for the better.  It’s moving toward more collaborative relationship-based resolutions.

I was an attorney, and I was the worst kind of mean attorney you can get.  I was a litigator and trial attorney.  We eat our children for breakfast.

STACEY: So how did you get converted?

VICKIE:  I became a mediator.  There’s a whole profession called mediation, and it’s been around for a long time.  I think a lot of lawyers, particularly women who are working pretty much at the top of their profession, get tired more quickly than the men do of fighting.

STACEY: So what is the issue then?  At some point do women want to negotiate sooner whereas males don’t want to have that resolution?  They want to fight to the bitter end?

VICKIE: That’s part of it.  As with everything, there’s so many gears and levers working here.  There’s a lot more money in war than there is in peace. So I will never replace my former income as a mediator, negotiation consultant and trainer.

STACEY: But how does your soul feel?

VICKIE: My soul is thrilled.  The heavens opened up and angels descended the first morning that I took a mediation class.  And I said, “Okay, I can actually be a good negotiator,” which was something I didn’t know.

I had never read the greatest book ever written on interest-based negotiation, Getting to Yes.   I didn’t want to read it because I thought it would confirm the fact that I was a bad negotiator.  And I thought that it would require me to do something that I didn’t have the courage to do.

I thought it would make me have to engage in a confrontational process that I didn’t have the guts to do. But it turns out that the book that was sitting on that shelf all those years actually wanted to tell me that it’s not a confrontation.  It’s a conversation whose purpose is to reach some kind of agreement where each party exchanges some benefit that they have.

“It’s really easy. You have to start asking and don’t be afraid to.”

STACEY: So why do people fear it and do women fear it more?

VICKIE: I think because we have this view of negotiation as being a contact sport and that it compromises important values.

And I think that a lot of women feel that men are better at this game of belittling.  You know that’s one way that people negotiate.  Shaming is a contentious negotiation tactic.

STACEY: So how can you become a better negotiator? Is it practice?

VICKIE: It’s really easy.  You have to start asking and don’t be afraid to.  I have a friend who teaches negotiation, and she advised her women students to collect ten negative responses to requests. 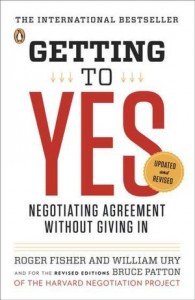 STACEY: Give an example, please.

VICKIE: Ask to cut in line at the grocery store.  Ask someone to get something off a shelf that’s higher than you are.  Ask a retailer to take $5 off your grocery bill because the fruit is bad. Ask for anything.

She said the illumination of the exercise is how long it takes to collect that many negative responses.  People tend to say yes. People don’t say no.

In many cases women are economically disadvantaged.  And what I get back as a result of writing the negotiation column at Forbes Woman is this question: Can you risk asking for a raise if you’re a single mother and you’re supporting  your family? They can fire you.

That’s true.   And desperate people don’t feel like they have negotiation power.

STACEY: But do they?

STACEY:  In the line of work that I’ve been in, I always feel like you go in and you’ll demand or ask for something and they’ll just say, “You know what?  We’ve got someone waiting right behind you who will take less money.”

VICKIE: Right.  And yet you are irreplaceable.

STACEY:  I think a lot of people don’t believe that they are irreplaceable.

VICKIE: Right.  And I think that’s why we find that when we teach women how to negotiate we start from the radical notion that no one can replace you–the way you do your job, the way you show up for work in the morning, the way you over-deliver–and we do over-deliver…

STACEY:  I think you’re pointing at me. It’s this compulsion that I have to do everything so perfectly.

VICKIE: Again, I think it’s because we’re still a disadvantaged class of people.

“Women need to reach down and pull at least one other woman up.  The doors are open. Walk through them.”

STACEY: I think you have said that women have always been treated as second class citizens.  Is it better now?

VICKIE: Oh, yes, of course. This is why I’m so optimistic. You say, “What can we do about it?”  First of all, women who are in positions of power need to empower their sisters.

STACEY: When people come to you for advice, is it primarily about how to negotiate more money for themselves, even though maybe they’re putting too much emphasis on that?

VICKIE: I don’t think that we put too much emphasis on it.  We need to promote ourselves better.  We need to let people know what value we bring to the table. I have a client who is an attorney at a major software company.  And we negotiated a 43 percent raise for her.

The first thing we do is recognize that when women ask for raises, they’re simply closing the wage gap. That helps them have more confidence.  You do not say that to your employer because that’s offensive, right? You don’t want to tell your employer that you think that you’re being discriminated against.

STACEY:You talk about how you helped this individual get a 43 percent increase.  You obviously helped her to go in and on what to say.  In your new book you’re actually writing scripts for people. What kinds of scripts?

VICKIE: First there will be advice about finding out what your true market value is because in order to get something like a 43 percent raise, you really have to reframe your job.  You can’t just say I want a 43 percent raise doing the same thing.

Most women are over-delivering.  Particularly because of the recession they’re working outside of their job description.  They’re doing more.  If they’ve been in the job for awhile, they have institutional knowledge that’s invaluable.

And they’ve grown in the job. They’ve  often moved up the corporate ladder without being compensated or recognized for having moved up the ladder.  So you reframe what they’re doing, and you give them a new job title.

And we encourage them– if they’re in a woman’s profession–to try and use a man’s job title.  For instance, my business partner is a coach, and I said that’s a girlie job title.  Consultants make more money than coaches so you’re a consultant.   Men are consultants.

STACEY:  What do you think is the takeaway of all of this?

VICKIE: The takeaway is to help your sisters walk through the doors of power and to see yourself as entitled to as much economic power as your male counterpart.

STACEY: Fantastic advice,Vickie! Thank you so much for taking the time to talk to me today.