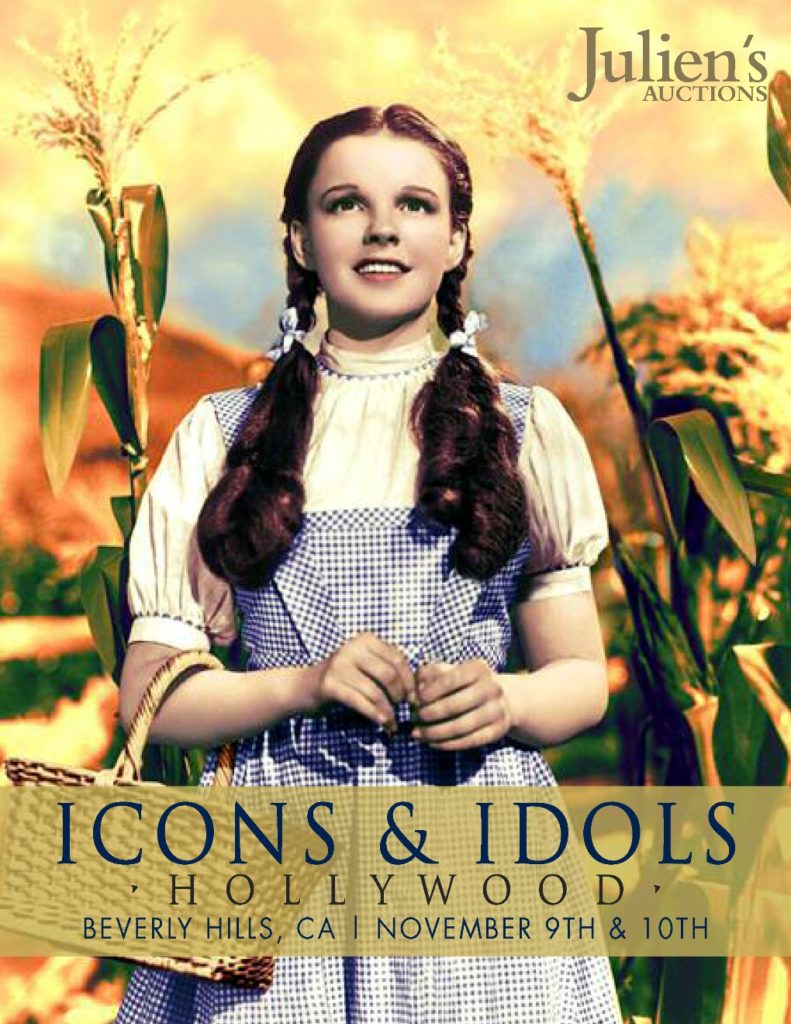 By Stacey Gualandi/November 11, 2012
Photos by Stacey and Julien’s Auction House

In the movie classic, “The Wizard of Oz,” Dorothy uttered that famous phrase: “There’s no place like home.”  Well, now Dorothy’s iconic blue-checkered gingham dress has found a new home.  The costume, worn by actress Judy Garland when she played Dorothy Gale in the 1939 motion picture, sold on the auction block for $480,000!!! 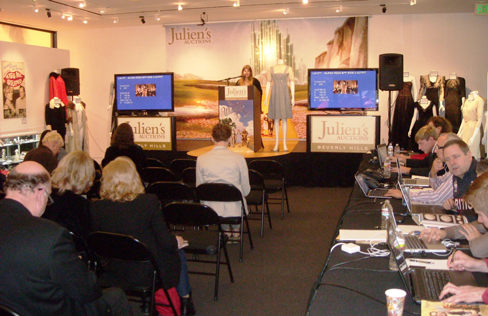 It was the marquis item up for bid at Julien’s Auctions’ “Icons and Idols” two-day auction held this weekend in Beverly Hills, CA.  The auction even included cake from the royal weddings.  Prince Charles and Princess Diana’s went for $1,375 while Prince William and Kate Middleton’s sold well over the estimate at $7,500.

Founder Darien Julien told me the world-famous piece of Hollywood memorabilia worn by Judy Garland is one of only two complete dresses from the film that includes both the blouse and pinafore.  “The value of these items keep going up because these are historical artifacts; they are one-of-a-kind… like Monet paintings.”

The video above will tell you more about this specially designed pinafore.  There’s even a secret compartment in a seam that few people know about.  A New Jersey man bought it at auction for $2,090 in 1981 as a Christmas gift for his Oz-loving wife.  But after thirty years, the couple made the emotional decision to let go of it and watched in person as it sold to the highest bidder.

The dress was one of over 800 pieces of Hollywood history up for bid.  My movie-loving life flashed right in front of my eyes.  If I were a bidding kind of gal, I would have been all over Jayne Mansfield’s silk animal print dress (below).

Some of the items on display for buyers at the auction and on phones from around the world: 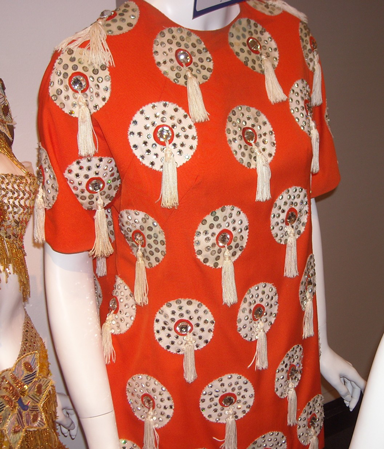 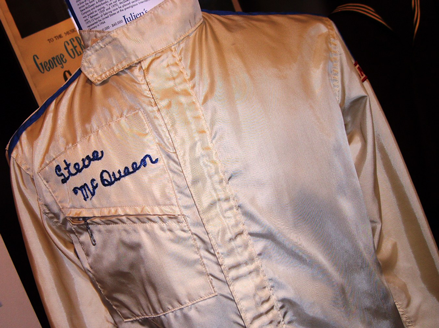 Asked what Judy Garland would have to say about the dress she made famous all those years ago selling for that price, Darren says, “Back then, MGM in the 70’s couldn’t give this stuff away and now that these items are worth so much money, Judy would certainly be amazed.” 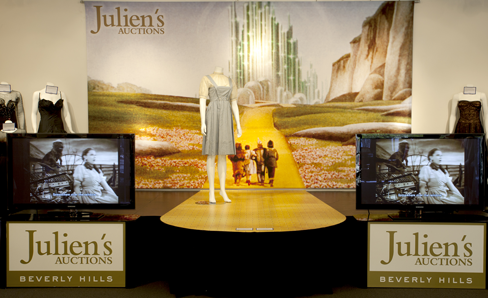 Get your checkbooks ready.   Julien’s Auctions’ next “Icons & Idols” event is set for December…