By Pamela Burke/December 29, 2012
Photos from the Global Medical Relief Fund

We introduced you to Elissa Montanti on our radio show and website this fall when her book, I’ll Stand By You–One Woman’s Mission to Heal the Children of the World was released.  She told us about starting the non-profit Global Medical Relief Fund from her closet on Long Island with one child, Kenan, who had lost one arm and both legs in a land mine accident and how more than 150 children had followed him to her “Dare to Dream” House.

“Most charities would have given up.  But I said they are coming here if it’s the last thing I do.”   Elissa Montanti

When I read the headlines this week in the New York papers that she was at it again, bringing in more kids from war-torn countries with injuries that no one should have to endure, I had to check in with her.  Just who are these new arrivals and how does she keep providing such extensive care for them?

EYE:  You never stop, Elissa!  You’ve just brought in a little six-year-old girl from Afghanistan to get a prosthetic eye.  Can you tell me about her?

ELISSA:  Little Marzia has just received the first of her new eyes.  She’s such a brave little girl.  She was in a car with her father and brother and the Talian ambushed them.

Her dad, who had just taken on a job working for the government, shielded her under his legs.  He was gunned down and killed along with her 14-year-old brother.  She was shot in the face and waited there for three hours before she was discovered.

ELISSA:  One of my partners on Long Island, Mission Restore, was contacted about her and he, in turn, contacted me.  My charity, the Global Medical Relief Fund, takes care of all the logistics, the visas, the transportation, housing and feeds the children.

Dr. Kaveh Alizadeh, the founder of Mission Restore, did the surgery to repair damage to her face after she was fitted with a temporary prosthetic eye.  The operation could have cost up to $100,000, but it was all done pro bono.  I will take her back and forth for all the follow-ups.

EYE:  How did she take to the operation?

ELISSA:  She is an incredible little girl.  She cried only when they had to take the IV out.  Her eye is only temporary now.  We go back in January and they will see if they can give her a permanent eye that will be replaced as she grows.  Every few years she has to come back.

EYE:  How has she adapted to living with the children at your “Dare to Dream” House?

ELISSA:  She’s getting along with all the kids and they all communicate well.  She stays with her uncle and guardian until her visa runs out and has to return to her mother in Afghanistan.  It took many months and much paperwork to get them here.  I can’t reveal her last name or exactly where she is from for fear that she won’t be safe when she goes back.

EYE:  You also have the first boy to come to the U.S. from Syria seeking a prosthetic leg.  Tell me about 11-year-old Abed.

ELISSA:  He was more difficult to get here even than Marzia.  On July 27 he ran outside his house in Aleppo when he heard rockets exploding close by.  Another missile struck soon after, wounding him.  He was taken to a makeshift hospital in a mosque where he had to have his leg amputated.  Omar, his 21-year-old brother, found him there in the basement.  He promised Abed that he would walk again.

A doctor told Omar that I had helped children from Libya last year.  So he was able to get in touch with me via the internet and asked if I could bring his brother here to the states to get medical treatment and a prosthetic.  Of course I wanted to do what ever I could but I knew it would be a challenge.

EYE:  How complicated does it get trying to help a child injured in war-torn places like Syria?

ELISSA:  It’s extremely difficult dealing with countries with no government and no American embassy to get visas or passports.  You have to go to a neighbor like Turkey.

Omar miraculously carried his brother in his arms across the border from Syria to Turkey with a suitcase in his hands and made his way to the American Embassy.

Then he got in touch with me again.  I wired him money in someone else’s name because he didn’t have a passport.  There was challenge after challenge.

EYE:  How did you finally get him here?

ELISSA:  After waiting three months and dealing with all the paperwork, I flew to Turkey almost two weeks ago and picked up the boys.  When we got to the airport to fly back, we were told we didn’t have the right papers and couldn’t get on the plane.  There was no way I was going to leave them there.  We finally were able to get out on Dec. 14, but it was not easy.  I told Omar who speaks English that he is now the voice of Syria.

They spoke to their parents today.  There still is no electricity where they live.  The internet is on and off.  Most charities would have given up.  But I said they are coming here if it’s the last thing I do. 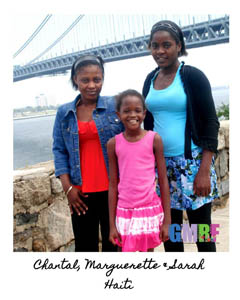 EYE:  What is Abed’s situation now?

ELISSA:  He’s here waiting to be fitted for a prosthetic.  They will make the leg and he’ll learn how to walk on it. Mentally he’s great.

EYE:  Do they all stay together at your “Dare to Dream” house?

ELISSA:  Yes, I have kids from Haiti, boys from Tibet and Iraq, Marzia from Afghanistan and him. Everybody gets along.  It’s a house of love.  We all had Christmas together.  It was beautiful.  We played songs from different countries and everyone sang.  They are all waiting for their prosthetics except Marzia.

EYE:  Will any of these children stay with you permanently?

ELISSA:  Ahmed who is 15 and blind will stay.  I’m taking guardianship over him.  This is his third time here.  He brings me to tears.  He has no future back home in Iraq.  He’s in the dark.  There is no way he could go to school there.

Here he’s learning Braille and he has a future.  I’m like his mother.  When he was seven, he came home from school to a fight between Americans and the insurgents in Iraq.  There was an explosion and his arm caught on fire.  His eyes were burning and he lost his sight and arm.

EYE:  That is a tragic story. How do you keep all this going?  You must need supplies and money for these children.

ELISSA:  I need computers and a play station, a generator, and more clothes.  I still work out of my closet where I speak to the world.  The Dream House is down the street where I can house 4-6 children and their guardians. I have to let these children go when they are ready to make room for more who are in great need.

My hope for the kids are that they walk away from here on their own with there heads held high with dignity and confidence and as little ambassadors of the USA .

Every day’s a challenge.  Tomorrow it starts all over again, and I take Marzia back to the hospital for a check-up.  There’s no way I’m going to let these kids down. 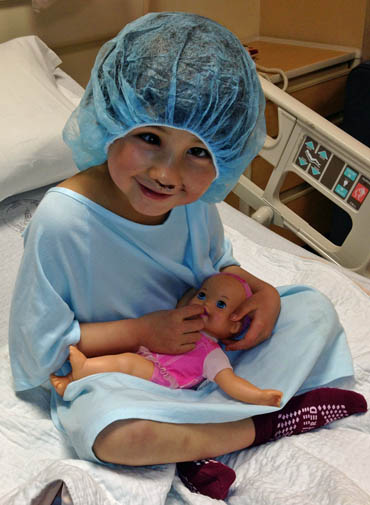 EYE: I know you won’t, Elissa.  Best of luck to you and to all those sweet children!  For people wanting to help, they should go to your Global Relief Medical Fund website.