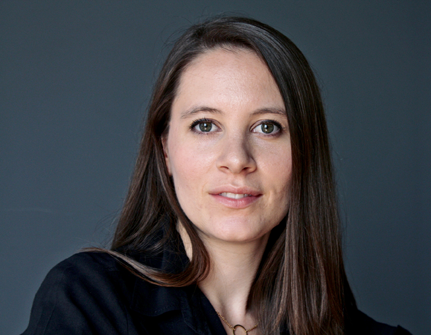 After I saw the jaw-dropping documentary “The Central Park Five,” I had to talk to the film’s director, writer and producer, Sarah Burns. The film is based on Burns’ book of the same name and is a riveting re-examination of the notorious 1989 assault and rape of the Central Park jogger. I wanted to learn how and why she decided to focus on this subject matter for her first film.

“Ultimately, I found my way to filmmaking by finding a story that I was so passionate about and thought needed to be done.  I had to make this film.”  Sarah Burns

Burns realized there was a compelling human story that needed to be told about the five teens accused, convicted and later vindicated of the crime. The film recently earned Burns a Writers Guild Award nomination, along with her husband David McMahon and father Ken Burns, and has been a must-see at film festivals over the past year.

She recently shared her own compelling story on The Women’s Eye Radio Show with me. You can see the film in select theaters throughout the country now…

EYE:   I remember this story vividly; there was so much TV coverage about this being the crime of the century. You were just a young girl at the time. Do you have any recollection of this horrific case?

SARAH:  I was totally unaware of this story. I was six when the crime happened and living in rural New Hampshire. It wasn’t until 2003, right after the convictions were vacated, that I learned anything about this story.

EYE:  Give me the background and explain why this was such a headline-grabbing case?

SARAH:  There were a group of teenagers from Harlem, black and Latino, who went into the park the night of April 19, 1989. Some of the kids in the group harassed and assaulted joggers and cyclists in the park that night and a few were arrested as they left. A few hours later, the body of a woman was found in the park who had been raped and beaten and was near death.

She did ultimately make a miraculous recovery, but it was a horrifying and brutal crime and the attention immediately focused on the kids who had been in the park. The police put them under a lot of pressure and managed to get confessions, or incriminating statements, from five of the teens.

Four of those kids signed statements and went on to give videotaped statements which became the evidence used to convict them at trial, even though DNA tests came back negative and there was no other evidence to support it.

It became this huge media story and it was splashed across the headlines and on national news everyday. It really terrified people and seemed to be a sign of the times. New York City was falling apart.

“It took place in Central Park, a place that was considered holy…there is something about crime there that particularly offends people…”

EYE:  What was going on at the time that made this crime so sensational?

SARAH:  This case had a lot of elements that made it become a big story. It took place in Central Park, a place that was considered holy–there is something about crime there that particularly offends people. There also was the fact that the victim was a young white woman who worked at an investment bank–the newspapers called her the “golden girl”–and the suspects were black and Latino teens.

You have this issue, the accusation of black-on-white rape, which going back centuries in this country launched quite a few lynchings. And you started to hear the language of that previous time now being used to call these kids animals and beasts. 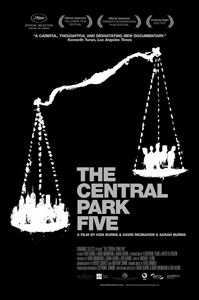 EYE:  It’s unreal now to think about that. But where was the evidence to support that hatred that the public felt?

SARAH:   Nobody cared. It was just a good story. So they went with it and even when the evidence started coming in that contradicted their guilt, no one really cared.

EYE:  Your father is well-known documentary filmmaker Ken Burns. Was this a path you thought your life would take?

SARAH:  I grew up around filmmaking since it was the family business, and I certainly learned a lot from my father, but I was never sure I wanted to follow in his footsteps, career-wise. When I was in college, I thought I was going to major in film studies, but I switched to American studies, which in truth is actually the content of my dad’s work.

Ultimately, I found my way to filmmaking by finding a story that I was so passionate about and thought needed to be done. I had to make this film. For me, that was the better way to get into filmmaking.

EYE:   You were going to go to law school at one point, right?

SARAH:  Yes. I first learned about the Central Park Five because I was working for a lawyer involved with the case at the time, but I never got to the point where I was sure I wanted to practice law.

EYE:   So what was that “thing” that made you want to pursue this particular story?

SARAH:  I was initially interested in the racism in the media coverage surrounding the 1989 crime; I wrote about it in my senior essay. I was doing an academic analysis. So a few years later, when I was thinking about writing a book, I wanted to focus on the whole story:  false confessions, interrogation tactics and how does a false confession happen.

That was the first thing I researched when I started working on the book. It’s so irrational and frankly hard to understand–someone confessing to a crime they didn’t commit. I needed to understand it myself so I could explain to other people how it happened.

EYE:  Looking back, these five were practically railroaded!

SARAH:  Absolutely. No one wanted to ask the questions because they were so sure of their guilt and didn’t want to go against what they believed to be true.

EYE:  You first tackled this story in your 2011 book, The Central Park Five. Why did you want to tell the story on film?

SARAH:  The film provided us with the opportunity to tell the story in a different way than I could in the book. We could use the visuals from the time; the music from the time; but most importantly, interview the five teens to allow the audience to get to know them. It gives them the chance to speak for themselves and to tell their own story in their own words. It’s something they’ve never been able to do before.

I think the opportunity for them to tell their story was very appealing to them. Despite any misgivings they may have had about the media, which they are entitled to have, they liked the idea of it, but it did take some time for them to open up more. I am really grateful for their generosity in sharing their stories with me.

“There have been standing ovations. I think for the “Five” it has been healing and therapeutic.”

EYE:  I imagine this subject matter was intimidating knowing how controversial it was at the time. You put yourself out there to face both positive and negative reaction. What do you think about the reaction the film has received?

SARAH:  It’s been a great experience…showing the film at festivals, then with the theatrical release, and then the “Five” have been able to come to some of the screenings and engage with the audience. That has been such an amazing thing to be a part of and to witness. People see the film and they are outraged.

There have been standing ovations. I think for the “Five” it has been healing and therapeutic. They are getting the attention now.

EYE:  When their convictions were vacated in 2003 after Matias Reyes came forward admitting he committed the crime, no one knew that they had been vindicated. Many have said their innocence didn’t get the attention, but their guilt did.

SARAH:  Yes, it was a much smaller story, and that is something we want to correct. We were trying to tell the truth about a story that not enough people know. Our goal is not to get the “Five” a settlement. We did this because it’s important and there are much broader lessons to be learned from it that we should all be talking about.

EYE:  What are those lessons?

SARAH:  One to note is the underlying racism that allowed people to believe, without question, that these guys were guilty. You see it now in the NYPD “stop and frisk” policy that’s getting a lot of attention, or with the death of Trayvon Martin. Maybe New York City has changed since 1989 but I don’t think that part of the equation has changed that much.

EYE:  What did you learn about yourself while making this documentary?

SARAH:  It’s been a wild ride and I’m not sure I’ve been able to process it all yet. I do like documentary filmmaking! The book was an interesting challenge, but it was a little solitary. The work of making a film is a collaborative effort…in this case it was family affair…but I really enjoyed working together with my husband and my dad, the editor, the production coordinator, and the way that a film got its shape and came together.

EYE:  Do you have another project that you are passionate about now going forward?

SARAH:  The three of us are now working on a documentary about Jackie Robinson, not just his baseball story but his whole story and how he fits into the civil rights movement. We want to understand the arc of that movement in the twentieth century through his life.

EYE:  What do you think will happen to the “Central Park Five?”

SARAH:  I hope that their civil case gets resolved; it’s been a long time so it would go a long way to helping them gain closure. They are figuring out how to move forward and get their lives together and I wish them the best of luck in that.

EYE:  Are you feeling empowered by helping to right an injustice?

SARAH:  What’s been amazing is sharing the film with audiences and the “Five,” and allowing them to have this experience and the support from a large audience who wants to cheer for them and get behind them. That’s what makes me feel good about this whole project.

EYE:   Sarah, thank you, for shedding the truth about a dark moment in our history. To hear more of my radio interview with Sarah Burns, click here. The Central Park Five is in select theaters.