PHOTO OF THE WEEK: Patti Smith’s Shoes from the “Women Who Rock” Exhibit

The Women’s Eye visited this special traveling exhibit, created by the Rock and Roll Hall of Fame,
at the Musical Instrument Museum in Phoenix, Arizona. It showcases the iconic outfits, instruments,
diaries and memorabilia from over 70 female recording artists who played major roles in rock and roll.
We couldn’t resist showing you this pair of boots worn by Patti Smith, (c. 1975). 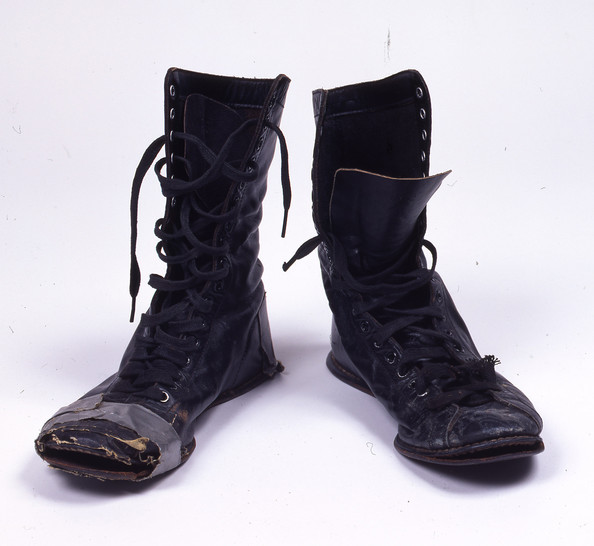 Patti was an influencer of the punk-rock fashion of the 70’s with her button-down shirts,
ties, ripped jeans, turtlenecks and her signature black boots open at the tongue.
Although always interested in fashion, she described her style as “expensive bum.”
Hers is just one of the many fascinating fashion statements on view at this exhibit.

Check out our TWE article by Janet Traylor.

Photo: Courtesy Rock and Roll Hall of Fame and Museum