PHOTO OF THE WEEK: Stunning Photography from Women of Vision

Diane Cook, one of 11 “Women of Vision,” Showcases a Magical Landscape

We recently came across the stunning “Women of Vision” display of photographs assembled by the National Geographic now on tour. It honors 11 of their finest female photographers, including Diane Cook.

She’s the eye behind “Green Roofs, 2009,” which captures the thousands of grasses and plants which were used to create Chicago City Hall’s Award-winning rooftop. 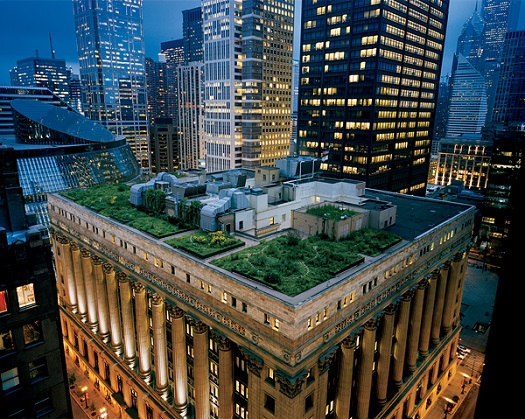 Before this assignment, Cook had never been on a green roof. By photographing this one, she had a “chance to showcase a positive human action on the landscape, a garden that lowers summer temperatures on the roof.”

Here’s how she describes this secret, magical place:

“There’s a slim moment of time at dusk, when the balance of the city lights and the cobalt blue sky create a magical glow. We also knew that in that moment, the green roof would look particularly lush and striking against the harder edges of the urban surroundings.”

The exhibit is currently at the Cranbook Institute of Science, Bloomfield Hills, Michigan.