The Women’s Eye Radio Show celebrates one year on the air at 1480KPHX, Sat. April 21.  We want to thank all the wonderful guests we’ve had during the past year!  They were full of hope, inspiration, knowledge, ideas, and just plain fun.

To help us celebrate the occasion, we’re very excited to have the talented television star and author, Linda Evans, joining us to talk about her new book, “Recipes for Life,” her passion for cooking, and her incredible life. 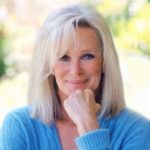 Also on the show to mark the occasion, two of our very popular guests: 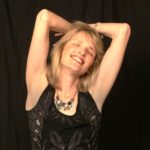 March 27, 2012–We can’t wait to have Lilly Ledbetter on the radio show April 28, 29.  She has a fascinating book out, Grace and Grit, describing her courageous fight for equal pay and fairness at the Goodyear Tire factory during the 1980s.

Her determination led to the Lilly Ledbetter Fair Pay Restoration Act which was landmark legislation signed by President Obama this past January.  You won’t want to miss this interview! 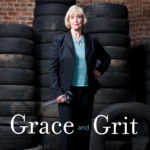 Lynn Sherr, broadcast journalist with more than 30 years at ABC, will also be on the show to talk about her fascinating career and the many books she’s written on a variety of subjects including giraffes.  Her new book is Swim, Why we Love the Water. 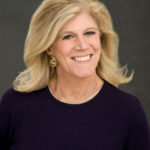 Former Michigan Governor Jennifer Granholm Discusses the Fight for Jobs in America, Why Hillary Clinton Should Run for Office in 2016 and her New Political Show The War Room on Current TV with The Women’s Eye Radio Show. Read More…

January 30, 2012–Looking forward to interviewing Roz Savage on an upcoming TWE Radio program that will air February 18 and 19.  She’ll be stopping by in Phoenix to give a talk at the Mesa Arts Center on Feb. 8 so if you’re in the area, don’t miss seeing her.

January 20, 2012–If you would like a handle on willpower and how to get more, tune in next month and listen to Kelly McGonigal, Stanford University psychology instructor, who knows how it works and why it matters.  Her book “The Willpower Instinct” is just out.