Gayle Lemmon On the Amazing Dressmaker of Khair Khana 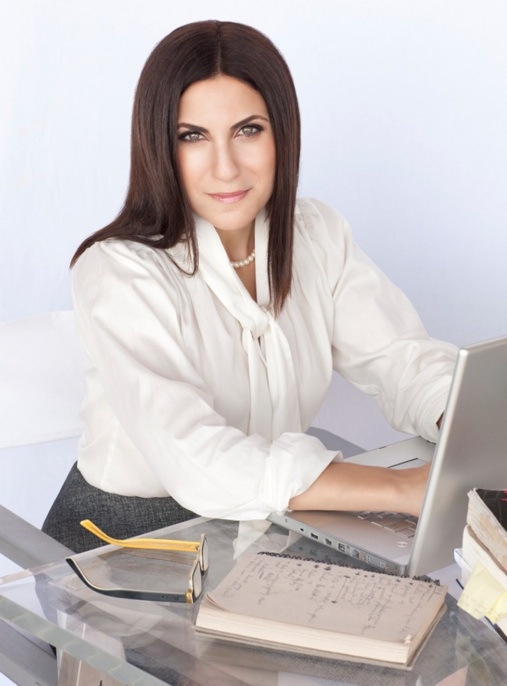 Gayle Tzemach Lemmon is a reporter extraordinaire when it comes to covering the women of Afghanistan. Few journalists have Gayle’s tremendous insight and knowledge of the important issues affecting women there. Her articles have appeared in a variety of publications including The Daily Beast, The Huffington Post, CNN, and the New York Times.

Her exclusive story on Bibi Aisha, the teenager whose nose and ears were cut off in retaliation for her escape attempt from an abusive marriage in southern Afghanistan, gained international media attention.

Since 2005 she’s been researching women entrepreneurs in post-conflict economies. Her book on one courageous survivor, The Dressmaker of Khair Khana, will be published mid-March. A Publishers’ Weekly review says it “offers inspiration through the resourceful, determined woman at its heart.”

I interviewed Gayle about her powerful reporting last year. In that article she described Kamila, the dressmaker, as an amazing person whose business created jobs and hope for 100 women in her neighborhood during the Taliban years.

Gayle was determined to tell Kamila’s story. I’ve wanted to find out more about this brave and intrepid woman ever since that last interview…

EYE: What is it about Kamila Sidiqi, the young dressmaker, that inspired you to write this book about her life?

GAYLE: Kamila’s story embodies the story of so many women all around the world who pull families through impossible times with almost no one paying attention. Her tenacity, her ingenuity and her determination to find a way forward for the sake of those she loved despite the restrictions of the Taliban years inspired me to bring her story to readers.

EYE: Tell me about this region called Khair Khana where Kamila works.

GAYLE: Khair Khana is the area where Kamila is from and where the story takes place. It is a northern neighborhood of Kabul.

EYE: Not only did Kamila build a thriving business, but she also was able to start a school to teach other girls dressmaking. How was she able to take her skills to this level?

GAYLE: Entrepreneurs are born not created, and Kamila is clearly one of them. She was one of many young women during the Taliban period who took small openings and transformed them into real opportunities to help their families and their communities.

“The fact that she was so young perhaps also helped her take more risks.”

She kept pushing herself because she believed that eventually opportunities would open up for women once more and she wanted to be prepared when they did. The fact that she was so young perhaps also helped her take more risks.

EYE: You often write about the women of Afghanistan’s resiliency and their ability to keep moving forward in spite of the odds against them. Did Kamila ever think about giving up?

GAYLE: Kamila did ask herself on occasion whether she was taking too much risk and whether it might not be prudent to scale back her work. But she is also a person of deep faith, and she felt that that would help to protect her since the work she was doing was serving her community and her family.

EYE: The piece above from youtube in 2008 shows how Afghan women were establishing new opportunities for themselves then. Do you see evidence of more women like Kamila trying to set up their own businesses now?

GAYLE: A number of women in Afghanistan are opening up businesses on their own with the support of husbands, fathers, brothers and cousins who see the clear benefits of having more money in the family. The obstacles are significant for all entrepreneurs in Afghanistan, but for women it is even tougher to access capital, markets and networks.

That said, women are pressing forward, launching companies in fields from textiles to dried fruits to soccer ball production. And now they are inspiring their daughters and sons to do the same.

EYE: What do you hope to accomplish by writing this book? Will you write more?

GAYLE: We are so used to seeing women as victims of war to be pitied rather than survivors of war to be respected. I hope the universal story of The Dressmaker helps to change that. I do intend to write more books. The next one may be set in Liberia.

EYE: I read where Angelina Jolie wrote in a blurb that you give a voice to many of our world’s unsung heroes and show a side few have seen of Afghanistan. That’s quite a compliment. How did she happen to read it?

GAYLE: A friend and colleague of mine at the Council on Foreign Relations knows her and her commitment to development causes. She sent the book to Ms. Jolie, who wrote back shortly afterward to share her thoughts.

EYE: Can you share how Kamila is doing now?

GAYLE: Kamila is very well and running her third business, Kaweyan, a business consultancy based in Kabul. She is as committed as ever to business and to the power of entrepreneurship to change her country.

“The resiliency and determination of the people I meet in Afghanistan keeps me coming back to this story.”

EYE: You continue to write and report such revealing and penetrating reports about the women of Afghanistan. What is it that has captured your interest in this subject? Will you continue to make it your beat?

GAYLE: The resiliency and determination of the people I meet in Afghanistan keeps me coming back to this story. I also keep writing about this subject because women continue to be overlooked in the story of this country.

I want to shine a light on the true story of the tenacity and courage of these women and help people in the United States see how committed they are to creating a better future for their families and their nation.

I do plan to continue to write about this subject – at least until we have moved enough minds and hearts to make a difference!

EYE: Thanks, Gayle. I look forward to reading more of your articles on the brave women of Afghanistan. One of your latest stories is about the potential government takeover of women’s shelters .