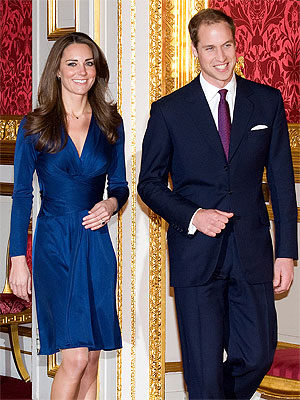 And it’s still the dress that has everyone talking. It’s that Kate Middleton engagement frock. A $25 version was a sell-out within 24 hours last November.

Its designer, Daniella Issa Helayel, is hotter than hot now four months after its unveiling and rumored to be yet another person designing the wedding gown of the year if not the decade. She demurely declined to even comment about it to ABC News this week with just over a month until the Royal Wedding.

Daniella admited to ABC that she didn’t even know Kate would be wearing the draped dress for that special occasion. She says she was shocked, flattered, and honored that her design was chosen.

Kate’s not her only famous client. Others rumored to like the Issa style are Madonna, Scarlett Johansson, Sharon Stone and the Princesses Eugenie and Beatrice.

And who is this Brazilian-born designer who says she likes to design clothing for voluptuous women like herself? She’s the founder of the famous Issa London label and is said to be inspired by Coco Chanel. This former law student opened a design studio in East London in 2001 and launched her label two years later.

The Daily Mail Online ran a layout of her eclectic Chelsea flat in 2008 that showed her wondrous, art-filled retreat where she mixes styles from all over the world. A special collection of her favorite framed butterflies mounted the walls of her bathroom.

She has some words to the wise on ABC today when it comes to women’s fashion: find a shape that suits you and wear it in every color. She insists that it’s all about what makes you feel good.

That’s advice anyone can follow and look at all the decision-making it could save!