Caroline Kennedy on Why Poetry Matters 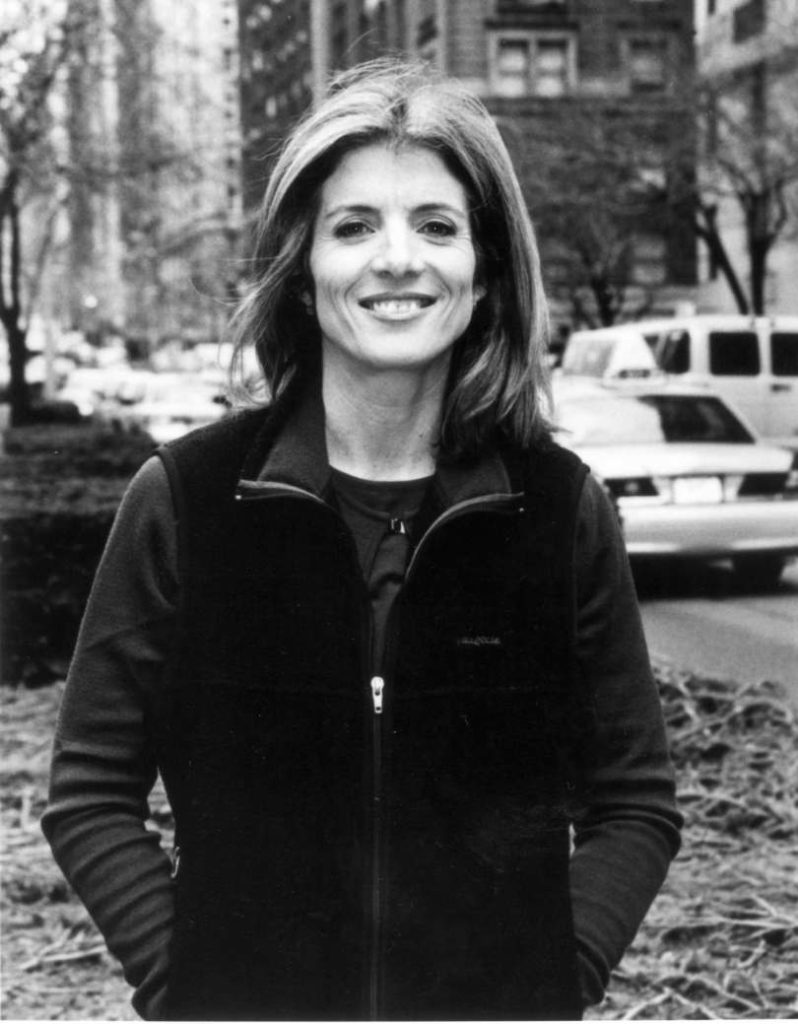 UPDATE October 1, 2012: This week Listening In: The Secret White House Recordings of John F. Kennedy is being published with the introduction by Caroline Kennedy.

Caroline Kennedy feels like a childhood friend. I grew up seeing her image on TV and in Life Magazine articles. She was a White House princess, and, like many of my classmates, I wanted to be her. So I jumped at the chance to hear Caroline in person at a Dominican University/ Book Passage event last week. She would be talking about poetry and her latest book She Walks in Beauty.

Poetry? Kennedy had written best-selling books on constitutional law, politics, and American history before she began anthologizing poetry. I was curious: Why the change in direction?

Speaking to a crowd of more than 850 at Dominican’s Institute of Leadership Studies, Caroline explained the transition: After her mother died, people wrote about Jacqueline’s sense of style and her place as an American fashion icon. Caroline felt the press was missing something much more important about her mother: Jacqueline’s love of literature and language. So she compiled The Best Loved Poems of Jacqueline Kennedy Onassis, and thus began her public foray into the world of poetry.

But it was not a new direction. As children, Caroline and John-John were required to give their parents poems–rather than more traditional gifts–for holidays, birthdays, and Mother’s Day. They chose a verse, wrote it down, illustrated it, and sometimes memorized it. Jacqueline compiled the poems into a family scrapbook, which has become a multigenerational keepsake–a reminder of the ideas that have been important to family members across the years.

“I am fortunate to have grown up in a world of language and ideas. Ideas are what we need to change the world,” Kennedy says. “Poems distill our deepest emotions into a very few words–words that we can remember, carry with us, and share with others as we talk and weave the cloth of life.”

It’s clear that poetry, language and ideas have shaped the Kennedys’ lives. Caroline told Jacqueline’s story of memorizing Tennyson (“… Come, my friends, ‘Tis not too late to seek a newer world.”) with her grandfather when she was twelve.

And Caroline herself was proud to memorize Edna St. Vincent Millay’s Second Fig (“Safe upon the solid rock the ugly houses stand: Come and see my shining palace built upon the sand!”) and recite it to her father when she was just three years old.

When Caroline turned 50 a few years ago, friends gave her … poems. Three of them were such powerful touchstones that Caroline was inspired to develop her new anthology of nearly two hundred verses celebrating the joys and challenges of being a woman.

In it, poets answer questions like “What Do Women Want?” They tell their own truths about work and making love, motherhood and death, beauty and silence. They grieve and survive, remember and reconcile, protest and suggest, complain and celebrate.

Two of Caroline’s favorites, W. H. Auden’s “Leap Before You Look,” and Marge Piercy’s “To Be of Use,” seem especially appropriate as expressions of values for a family known for its unwavering commitment to community service.

Remembering a gorgeous line from Wallace Stevens (“The imperfect is our paradise”) has given Kennedy strength in difficult times. And she has, in turn, used poetry to help others find their strength.

At the DreamYard Art Center in South Bronx, Kennedy provides support as teens write and perform poetry, finding their voices and their places in the world along the way. Several DreamYard girls have recommended pieces for an anthology of poetry for children that Kennedy is editing. You can see a photo tour of this center in O Magazine this month.

Why does poetry matter? Caroline Kennedy reminds us: “We pass down social values and personal truths through poetry. It brings us together. It is the essence of our common humanity.”

“Poems are well suited to the pace of modern life. They are short, intense, and remind us of what’s important…. Working on this book reminded me that the personal is universal … and sharing experiences and emotions is the best way we can help ourselves and others.”

April is National Poetry Month. What better way to celebrate than participating in the Kennedy tradition? Give a poem to a friend!

Laurie McAndish King is an award-winning travel writer and photographer with a knack for finding adventure all around the world. Her work has aired on public radio and appeared in Smithsonian magazine, The Best Women’s Travel Writing 2009, and other magazines and literary anthologies. Laurie is also a poet and authored a book of humorous verse.