We met Beth Howard, AKA the “Pie Lady,” on The Women’s Eye Radio Show earlier this summer.  She authored the wonderful cookbook, Ms. American Pie, to raise pie consciousness, share terrific recipes and show how pies can be healing agents.

We like Beth’s approach to cooking and, thanks to her good advice, have been making pies ever since reading the book. When she told us she might be having her last Pitchfork Pie Stand gathering this weekend in Eldon, Iowa, we wanted to take you readers there for this special event.

It’s been a glorious tradition in that part of the world, so to help give it its place in pie history, we are sharing this video and the photos furnished by Beth below taken at her home in the famous American Gothic House.

Video shot by Daniel Broten in one hour of pie-making

It takes a lot of planning and an army to make the 200 pies Beth sells at her pie stand on the weekends, especially for this big holiday. There’s a lot of produce to buy… 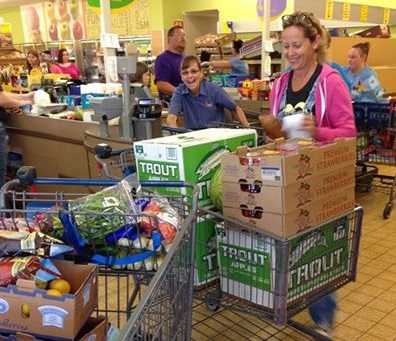 strawberries to get ready with volunteers helping… 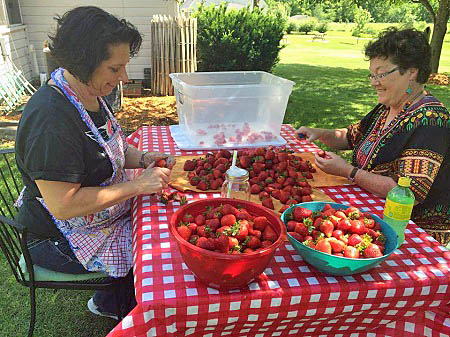 and the preparation of dough. 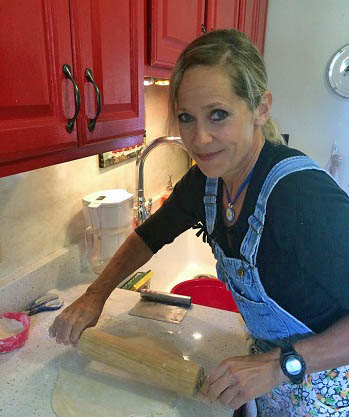 See how fabulous they look coming out of the oven… 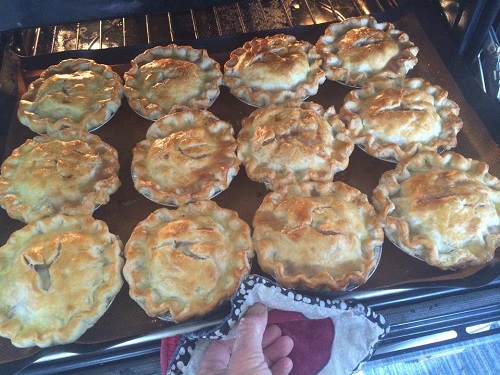 and then onto the tables. 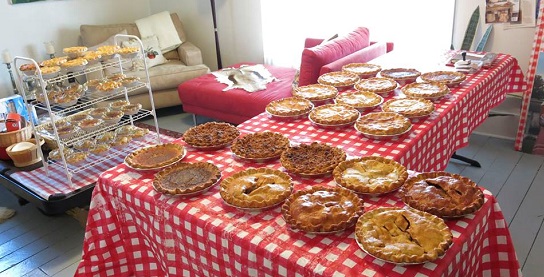 Thanks to all the volunteers and neighbors, the pies were almost all gone in 90 minutes. Luckily there are a few ingredients left to make more to get through the weekend. Beth reports you can still get Apple, Apple Crumble and Cheese. LATE BREAKINGS NEWS: The last piece of pie has been sold! 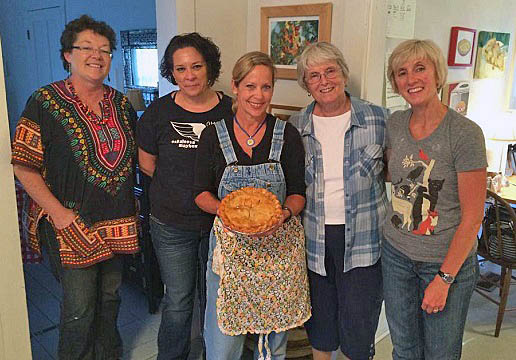 The Pitchfork Pie Stand is officially closed now. Thanks to Beth Howard and her Merry Bakers for sharing their pie-making magic! 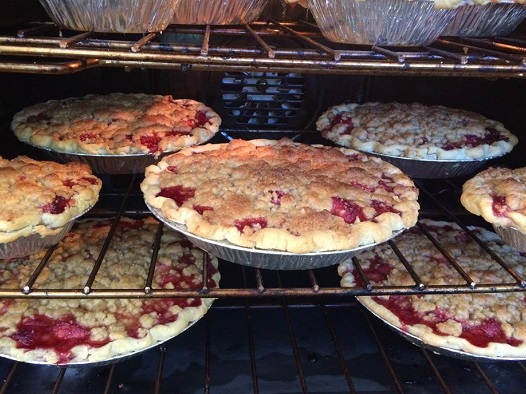 Remember the strawberries? Here they are bubbling in their pie tins. Don’t expect to get one, though. They sold out as fast as they came out of the oven! We can almost taste them!