Laurie McAndish King – Author of “Your Crocodile Has Arrived: More Stories from a Curious Traveler”.

Laurie McAndish King – Author of “Your Crocodile Has Arrived: More Stories from a Curious Traveler”.

“Your Crocodile Has Arrived: More Stories from a Curious Traveler” 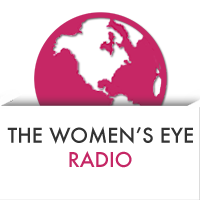 Stacey has a BRAND NEW interview for The Women’s Eye Radio with Laurie McAndish King, the award-winning author of the just released “Your Crocodile Has Arrived: More Stories from a Curious Traveler.”

Never one to pass up a challenge somewhere around the world, Laurie has been a little busy since last we profiled her three years ago with her debut, “Lost, Kidnapped, Eaten Alive: True Stories From a Curious Traveler.” Not only is she an accomplished author and essayist for numerous publications, Laurie has also contributed over a dozen stories for The Women’s Eye site.

In her first book, she wrote about surviving an accidental marriage to a Maasai warrior in Kenya, coffee made from animal poop in Bali, and a kidnapping in Tunisia. Now she shares the inspiration for her newest memoir: meeting 20-foot earthworms in Australia.

Laurie gives advice on what to write about, why she hates traveling and what’s on her bucket list. And we’re excited that on October 7th (7pm) at Book Passage in Corte Madera, CA, Laurie will be moderating a panel including Stacey, as well as Lava Mae founder Doniece Sandoval, as part of the launch of “20 Women Changemakers: Taking Action Around the World.”

But don’t worry; she won’t be serving earthworms.

Listen to more TWE Interviews from The Women’s Eye Radio Show on iTunes.