After receiving a letter from Charlotte Benjamin, LEGO began to create a set of female
characters which show “girl people wanting to go on adventures” as this 7-year-old requested.
Their newest collection is called the Research Institute Play Set reports ABC. 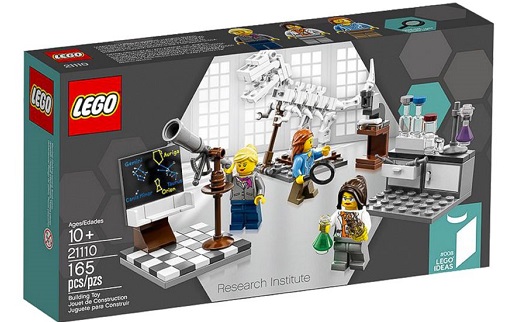 The set was created by geophysicist Ellen Kooijman and includes an astronomer,
a paleontologist and a chemist. Our TWE story about Vice President and
@InnovationDean Mitzi Montoya at Arizona State University reported the need for
more toys from companies like LEGO that would appeal to and inspire young girls.

Congrats to the LEGO company and Ms. Kooijman
for creating this new ‘Institute’!